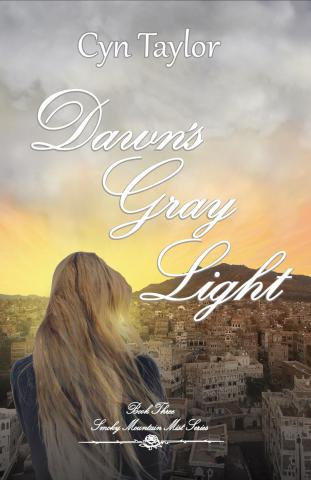 Had Dawn Ratliffe known the hot August morning would begin with such a bang she would have called in sick.
The high school English Literature teacher has family and friends whose lives often border on the intriguing and exciting. Her own life leans more towards the mundane and she prefers it that way.
Mark Randolph initiates a change in her perspective when he bursts into her life, in the literal sense, on the first day of the new school year at Beaumont High. Dawn views the marine as a chance-taker while she prefers to know the outcome before diving into any situation.
After years of avoiding romantic relationships, will she allow Mark to touch her heart? Or will giving her love to a soldier a second time bring recurring nightmares for the single mom; one who feels the needs of her seventeen-year-old daughter should come before a love life.
United States Marine Mark Randolph has been waiting a lifetime to meet the special woman God created just for him. When he encounters Dawn during a local military exercise, his heart tells him he has found his forever mate in this brave Amazon. He soon learns that convincing Dawn she should love him back will be the most difficult mission of his life.
From the foothills of the beautiful Smoky Mountains, to the volatile streets of Yemen and back, Dawn wrestles with her feelings for Mark while he battles to convince her of his love; and that he is the man God intends for her, today and always.