The Ambit Thief Book One 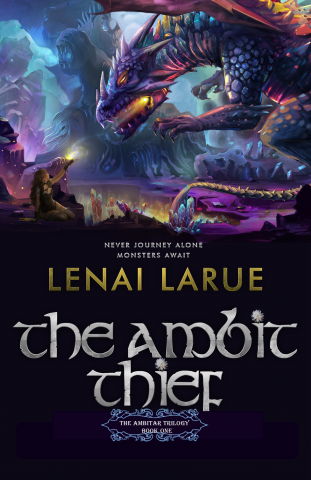 Dragon. Leviathon. Mungoid. All fantastical, mythical beasts that Ediwyn had been taught only existed in the imaginations of storytellers.
As a child, Ediwyn had loved those stories, and always imagined that she would one day encounter such beasts and bring them to their knees with her skilled use of weaponry. Now her strongest desire is that the beasts had continued to live only in her imagination.
After Ediwyn is alienated from her family, a chameleon dragon sends her into an ambit with the demand that she conquer not only the beast that resides there, but her own fears.
She embraces the quest, but longs for the day when she is reunited with those she loves. It is only after multiple trials, and failures, Ediwyn will learn what it truly means to be
The Last Ambitar